SMT is no longer a new technology in electronics. This technology provides state-of-art, miniature electronics products at reduced weight, volume and cost. This SMT Dictionary will help you learn and understand terms used in this surface mounting technology and their meaning.

What is SMT (Surface Mount Technology)?

SMT (Surface Mount Technology) is a packaging technology in electronics that mounts electronic components on the surface of a Printed Circuit Board / Printed Wiring Board (PCB / PWB) instead of inserting them through holes of the board.

History of SMT is rooted in the technology of Flat Packs (FP) and hybrids of 1950s and 1960s. But for all practical purposes, today’s SMT can be considered to be a continually evolving technology. Currently the use of Fine Pitch, Ultra Fine Pitch (UFP) and Ball Grid Arrays (BGAs) are becoming even more common.

Even the next level of packaging technologies such as Chip-on-Board (COB), Tape-Automated Bonding (TAB), and Flip Chip Technologies are gaining widespread acceptance. Multichip Modules (MCMs) using wire bond, TAB, or Flip Chip are used to achieve the highest performance possible but with a cost premium. 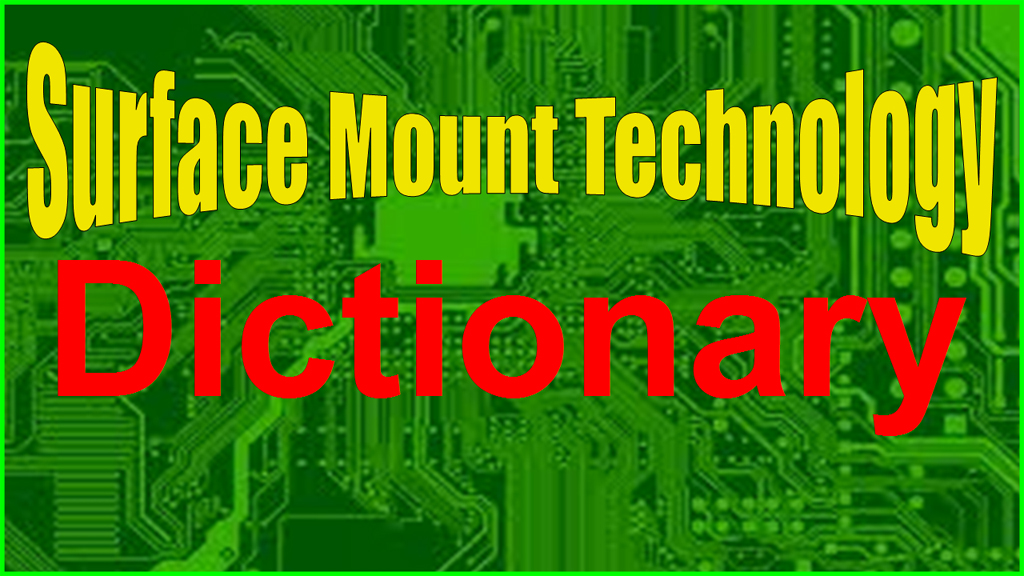 I hope you found this SMT Dictionary useful. Please share this article on your social network so that other people can also learn and benefit. Thank You!