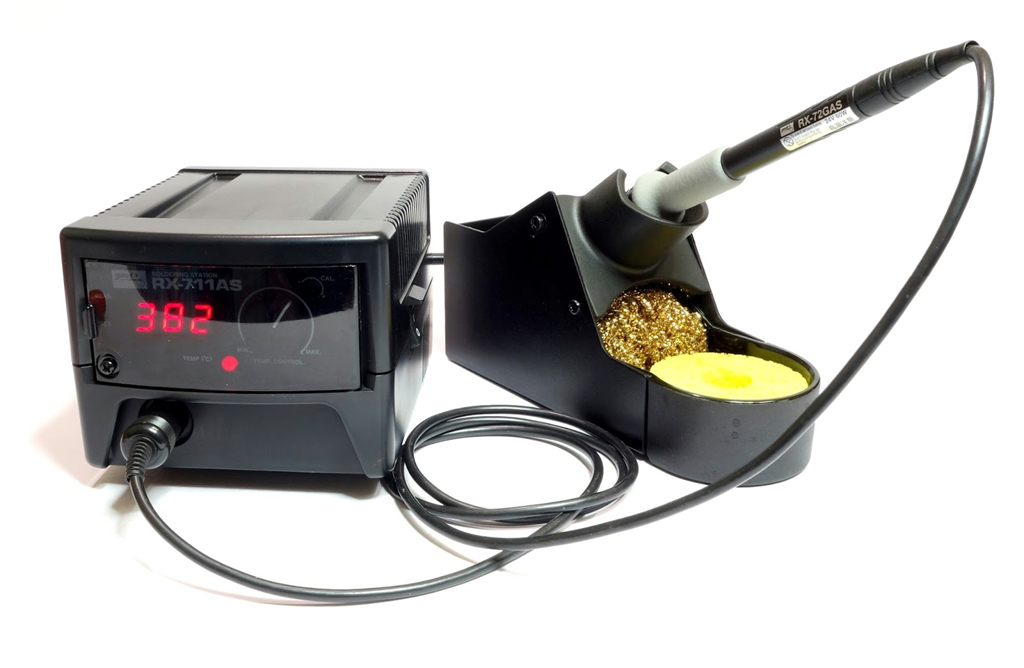 A soldering station can be either analog or digital. Analog units have knobs to control (increase or decrease) temperature. They don’t have any display to show the current set temperature. The temperature setting in these units is not very accurate. They are good for jobs like mobile phone repairing.

On the other hand, digital units have settings to control the temperature digitally. They also have a digital display that shows the current set temperature. These units offer better accuracy and less tolerance but are little expensive than their analog counterparts.

Again, a soldering station can be either ESD-safe of Non-ESD safe. ESD stands for Electrostatic Discharge (the rapid transfer of charge that can occur when objects at different potential come close to each other).

An ESD-safe soldering station means that no static charge will be built on the station or the iron. Special material is used to make these units. These tools are also well grounded to discharge any unwanted electricity into the ground

Video: What is ESD and ESD Protection

How to Choose the Best Soldering Station

A good soldering station should be ESD-safe and give accurate temperature control. Design should be ergonomic to avoid fatigue during hand soldering. It should also have a wide selection of soldering tips. There are number of soldering station and soldering tools manufacturers around the world but the world leaders are Goot and Weller. These two are well trusted and respected brands when it comes to soldering tools and equipments. PCBA Tools is a trusted company in India for supply of Goot Soldering Station and Iron.